Our 2017 National MediaMaker Fellows head to Washington D.C. this month for the 3rd annual Double Exposure Investigative Film Festival, which “celebrates the finest new films inspired by the investigative instinct.” Pausing on this phrase, it struck me just how often the projects that come out of the Fellowship began with a simple question, or a hunch or a scenario that required further investigation. We don’t often identify independent filmmakers as investigators, but I think that a sense of purposeful curiosity is the seed of many stories and a force which shapes the course of production.

Every March we welcome eight new MediaMaker Fellows. Over the course of nine months the Fellows have three onsite meetings at BAVC Media and two offsite gatherings at industry events, including film festivals and conferences. These in-person convenings allow the Fellows to get to know each other, learn about each other’s project, work through challenges, and celebrate successes. Over time, the Fellows become a support network for each other, forging relationships (and friendships) that frequently last beyond the Fellowship.

The past few months have seen a flurry of news from this year’s cohort. In April, Rodrigo Reyes, was named a 2017 Guggenheim Fellow, making him one of two Latino filmmakers recognized with the Fellowship this year. As stated along with the Guggenheim announcement, Rodrigo “will use his Guggenheim Fellowship to work on producing his upcoming film, SANSÓN and ME, which examines the intersection between immigration, class and opportunity with the criminal justice system.” The project also recently received funding from the Sundance Institute, as part of its recent round of $1.9 million funding grants for nonfiction storytellers.

2017 National MediaMaker Fellow, Emelie Mahdavian, has just been announced as a 2017 Points North Fellow with her film Midnight Traveler. Each Fellowship project in development will receive a $1,000 cash grant from the Points North Institute. AND this year’s Points North Pitch Award went to Midnight Traveler, gaining an additional $10,000 for the project with support from the Ford Foundation’s JustFilms.

And Variety just named 2017 NMM Fellow, Erika Cohn, as one of ten filmmakers to watch this year. 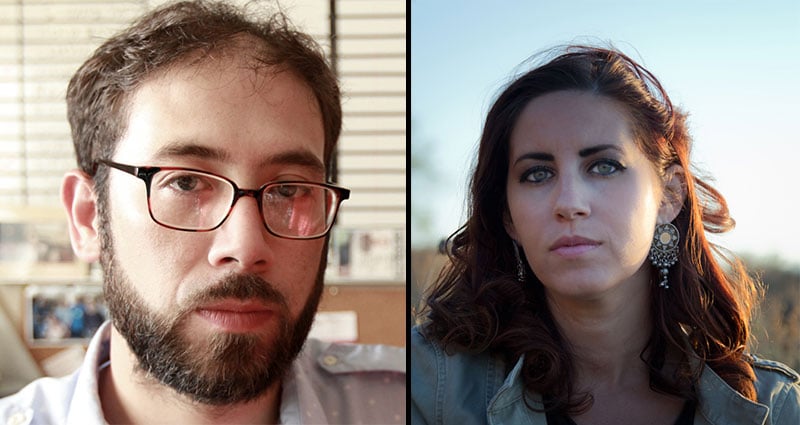 As we gear up for Fall and the final months of the Fellowship, it feels like a good time to check-in with our Fellows, to see what they are working on, what they’re thinking about and what they’re currently investigating. Look for Instagram takeovers from all of the Fellows between now and the end of 2017, as this cohort wraps up and we start preparing for next year’s Fellowship. Follow us on Instagram @bavcmedialab with hashtags #NationalMediaMakers and #NMMF2017 to follow their journeys.